Cursed Be All Learning!


he underbrush has grown thickly about the internet since I’ve been down with the moving sickness, and frankly it’s beyond either my interest or abilities to hack it back. Luxuriant growths of strange fungi have emerged, and old thorny vines re-established themselves. (I see David Barton has a new version of his unconfirmed quotations page up, for example—and it is a rare growth indeed!) The gamergate creepers are everywhere, threatening to strangle the old growth columns, and the social injustice perennials are in full bloom.
While tramping through this tulgy undergrowth I came across this little toadstool of a website, attributed to a certain Pastor Stephen Andrew, entitled USA Christian Ministries, and containing a page of USA HistoryQuotes about God and the Bible, many of them fake. It’s apparently been there since at least 21 February 2012 (though not apparently in exactly the present form) and is a rich growth of frauds and forgeries. We find such familiar hoaxes as the Washington prayer book and the 1792 congressional proclamation approving the holy bible for use in schools. There are the rank misattributions, like the John Quincy Adams “cornerstone” quotation being attributed to his father, or the Reformed Dutch Synod’s “true religion” remark being assigned to George Washington. Not to mention the absurdity of attributing a comment by an anonymous 1956 writer to Patrick Henry. There are unsupported attributions, like Henry’s deathbed tribute to the Bible. There are incorrect citations, as when words from Noah Webster’s 1836 letter to David McClure are attributed to his preface to the 1828 dictionary. (I have read through the thousands of words in that preface, and fascinating reading it is, if you are interested in the correct pronunciation of the English language, or the derivation of its words, but he does not there discuss his views on the use of the Bible in education.) 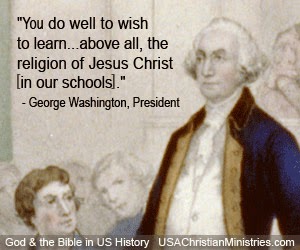 Bravo! Good one. You should be teaching. The Pastor Andrews section is particularly astute. Good run-down. rfh