t is Islamism and the religious-Right, which are the real offence. They are the real provocation and it is they who should be held to account not the many who refuse and resist.—Maryam Namazie
[from “Charlie Hebdo: There Is No ‘Culture of Offence’”]

hecks and Ballances, Jefferson, however you and your Party may have ridiculed them, are our only Security, for the progress of Mind, as well as the Security of Body.—Every Species of these Christians would persecute Deists, as Soon as either Sect would persecute another, if it had unchecked and unballanced Power. Nay, the Deists would persecute Christians, and Atheists would persecute Deists, with as unrelenting Cruelty, as any Christians would persecute them or one another. Know thyself, human Nature!
I am not Sure, that I am yet ready to return to Politicks.—John Adams
[John Adams to Thomas Jefferson, 25 June 1813, Founders Online, National Archives (last update: 2014-12-01). Source: The Papers of Thomas Jefferson, Retirement Series, vol. 6, 11 March to 27 November 1813, ed. J. Jefferson Looney. Princeton: Princeton University Press, 2009, pp. 226–229. Especial thanks to Tom Van Dyke.]
Posted by sbh at 11:41 PM 1 comment:

If Muhammad Came Back 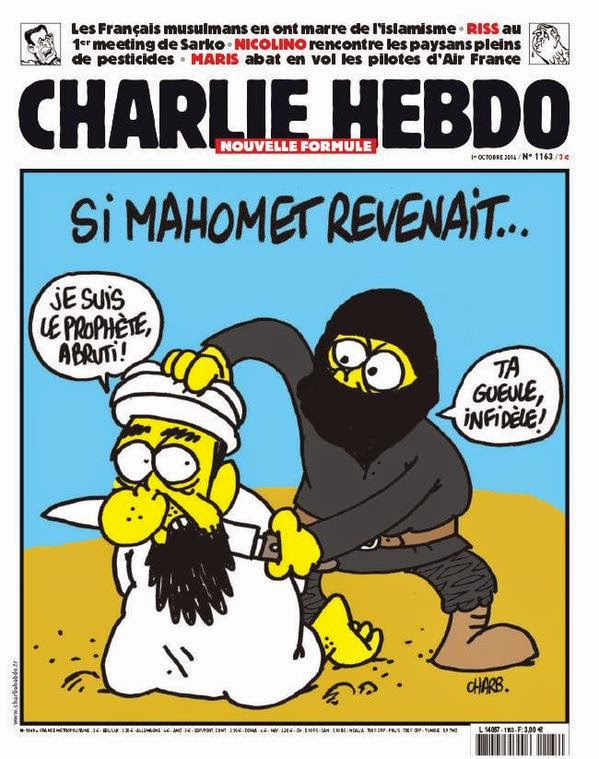 ell, I let Epiphany slip away somehow, in part because I’m not feeling really well; my terror of leaving the house is kicking in with a vengeance right now. Still, I’ve got a few minutes left before Christmas gasps its last here in the Pacific Northwest, and so I’ll say farewell to a season fraught with horror, filled with nausea, and generally shitty. Nothing I write matters anyway; I’m just doing it as a sort of exercise while I wait for the demons in my head to get off their asses and start doing their damn jobs.
If I were doing my job I’d probably review the various low points of this particular season, from the childishness of the NYPD when faced with institutional tragedy, to follies of the British Royal Family, but I’m not up to it. My vision is shaky, I’m feeling crappy, and doom-shaped clouds are lurking just over the horizon. I can’t see them, but I know they’re there. With the cheer of Yuletide behind us and the cold ghastly fires of Sheol ahead, we are frog-marched into an uncertain future, knowing only that whatever awaits us, it can only be worse than what we’ve already faced.
Posted by sbh at 11:25 PM No comments:

Twelfth Night, or Whatever

t’s Twelfth Night as I write this, and this Christmas season finally reaches its end. It’s also the anniversary of the date in 1846 when the US House of Representatives voted to end the sharing of Oregon Country with the British, leading to the division of Cascadia between the US and Canada. And in 1895 Alfred Dreyfus was wrongly stripped of his rank and sentenced to Devil’s Island for an act of treason he didn’t commit, while the conservatives of that time cheered. I could write about either of those things, I suppose, but I’m tired and depressed and not feeling much like any of this. I think I’ll just let this one go.
Posted by sbh at 11:12 PM No comments:

o my mind today, this eleventh day of Christmas, is the climax, or maybe anticlimax, of the Yuletide season. I warped my own mind years ago, as I’m sure I’ve written many times, by turning Christmas into Newton’s Birthday—at least, as far as I was concerned. One of the results is that all the lights and holly and tinsel are entwined in my memories with reflecting telescopes and equations and prisms. 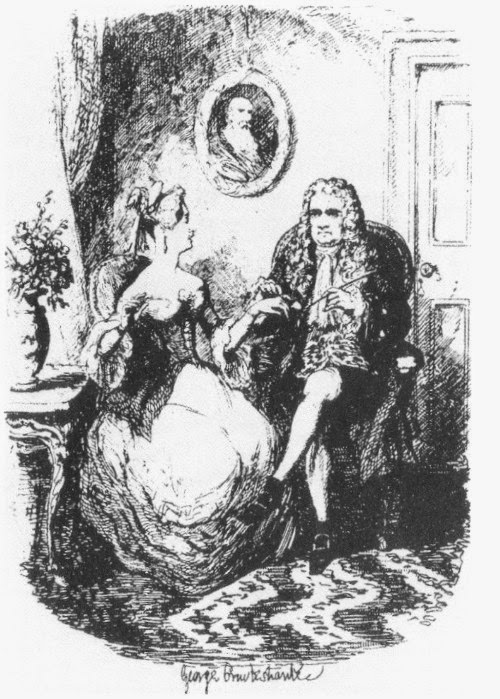 Which is all very well and good, except—well, Newton wasn’t really born on 25 December. I mean, he was, but he wasn’t. The date on which he was born was indeed 25 December, but that was by the calendar established by Julius Caesar back in Roman times. We use the Gregorian flavor of that calendar, and there were then ten days difference between them.
Now for traditional observances, like holidays and saints days and the like, I’m perfectly happy to observe it on the established date, because that’s, like, you know, the tradition and all. I’m even willing to make allowances for people born before 1588, since there was only the one calendar in use. But Newton was born on 4 January according to the calendar we now use, and which was then in use in large sections of Europe, but not the benighted backwater that was England. So by the rules I live by Newtonmas should be celebrated on 4 January, not 25 December, no matter what date Newton preferred to have his cake and candles and presents on, assuming that those were the birthday customs of his day.
Others may do as they like, of course, but today I am remembering Sir Isaac and all that he has brought us—calculus and the laws of motion and the theory of universal gravitation. I’m not as big on his work on ancient chronology or Biblical prophecy, though he seems to have regarded this as at least as important as his contributions to the sciences. As these encroach on the matters I’ve studied, I can safely say that he was wrong.
I have a certain sympathy for Newton, in that the world of human relations seemed to be a mystery to him. He supposedly had few friends, no sexual relationships, and would lecture to an empty classroom if nobody showed up. While I am in no way qualified to make such a judgment, I’ve often wondered if he were a high-functioning autistic, or something along that line. Henry Cavendish strikes me similarly. But I don’t care enough to develop the theme at the moment.
Happy Newtonmas. Or something.
Posted by sbh at 11:28 PM No comments:

’ve been amusing myself with various random idea generators for creating blog content. One of them seems to like posts with numbers in the titles, like Seven Ideas for Making Your Business Cards Stand Out, or Ten Simple Things You Can Do to Save the World. So I thought I’d give it a try, what with being desperate for content and everything.
So here is my list of four things that make me want to go and read something else altogether.
First (1) is, well, mean-spirited garbage about people in the public eye. Silent-film star now living on roadkill. Twelve beautiful celebrities who’ve had ugly children. There are legitimate stories about celebrities being serial rapists, or chronic users of performance-enhancing drugs, or whatever, without stooping to this sort of thing.
Second (2), stuff that shows an idiotic misunderstanding of basic science. There can’t be a runaway greenhouse effect on Venus because human beings aren’t putting carbon dioxide into its atmosphere. The second law of thermodynamics rules out evolution. Use of the metric system causes planes to crash. We only use ten percent of our brains. Nobody knows what electricity is. For Allah's sake, seventh-graders know better than this.
Third (3), oddball stuff that shows the writer knows nothing of equally basic history. The words “separation of church and state” do not appear in the US Constitution (but then, neither do the words “freedom of religion”). The Norse are said to have settled in North America before Columbus (no, there is evidence that the Norse settled in North America). The true authorship of Shakespeare's plays is a matter of controversy. FDR let the attack on Pearl Harbor happen to bring the US into the war. Rachel Carson urged a ban on DDT that caused millions of deaths from malaria. Israelite slaves built the Egyptian pyramids. The American Civil War was fought over conflicting interpretations of the Constitution vis-à-vis state's rights. There are legitimate areas of dispute in history without throwing out fringe notions as fact.
And finally, fourth (4), entries taking the form of idiotic lists. Like this one.
Posted by sbh at 11:23 PM No comments: